As the dust settled from the first publicly televised NBA All-Star draft, there was a single narrative around the rosters that was obvious to even a casual NBA observer. LeBron James had filled his team with players his Los Angeles Lakers are going to be quite interested in this summer.

With his first three picks, James took Kevin Durant, Kyrie Irving and Kawhi Leonard, all in line to be free agents this offseason. With his first reserve pick, he took Anthony Davis, a player for whom the Lakers were ready to trade their entire young core plus a little more. 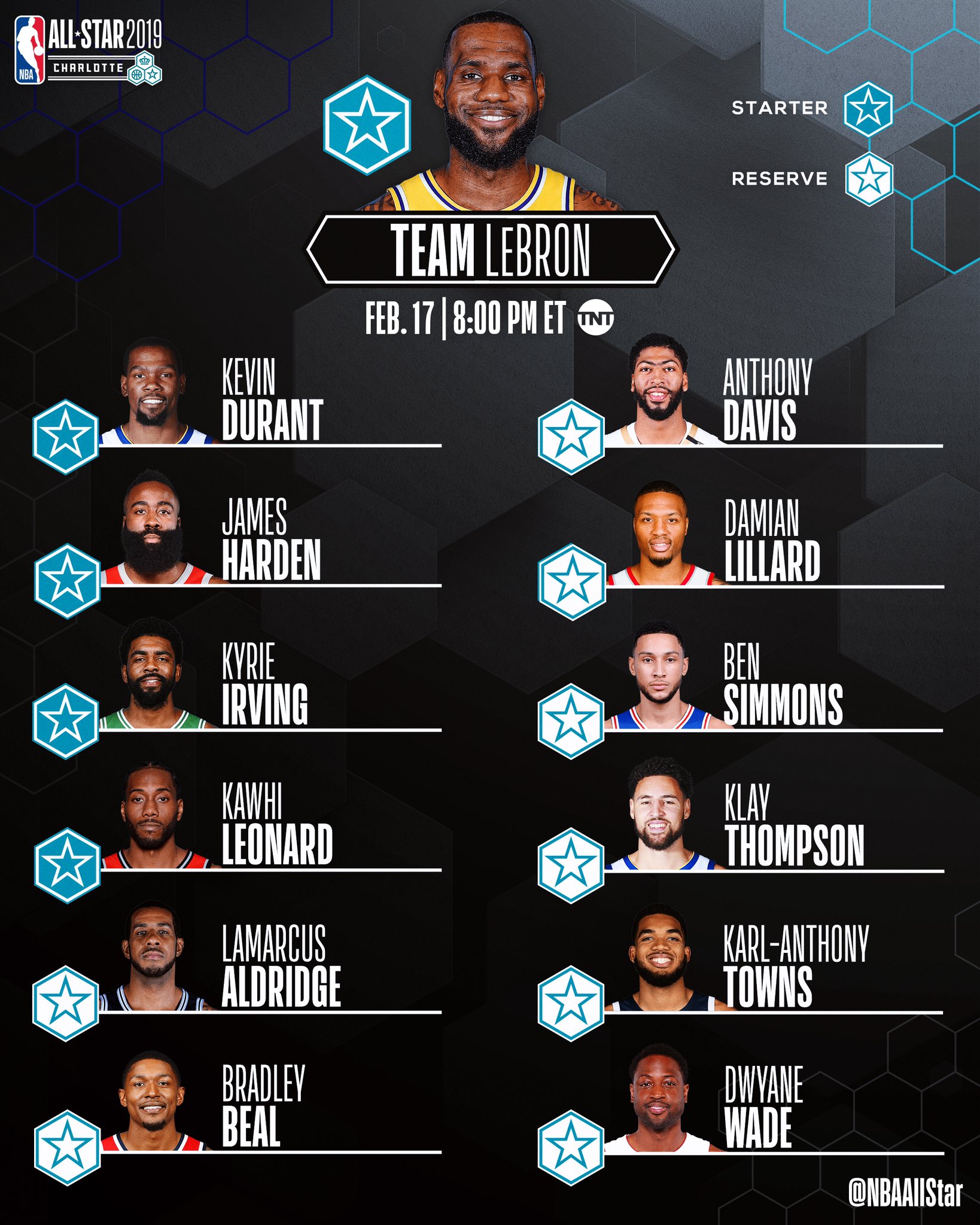 #TeamLeBron as drafted by @KingJames for #NBAAllStar 2019!

If James wants to use All-Star weekend as a way to privately speak to the Lakers’ offseason targets and pitch them on the team, he certainly has the roster to do it. Even James’ draft opponent Giannis Antetokounmpo jokingly called out the AD pick as “tampering.”

However, from James’ point of view, there was no such ulterior motive to subvert NBA rules. He just had a very convenient draft board. That’s the story James had while talking with the Los Angeles Times on Saturday:

“That’s a great conversation,” James said. “Everyone kind of gets up for fantasy basketball talk. Guys that are restricted free agents, that are free agents, I don’t know, player options. That’s all part of the speculation that continues to drive our sport. It’s all good and well and dandy, but for me I picked according to my draft board and I picked according to who was the best available.”

To be fair, the strength of James’ roster reinforces his point quite well. By most accounts, James smoked Antetokounmpo in the draft. His roster includes the entire All-NBA first team from last season, and that doesn’t even include two of his first three picks in Leonard and Irving.

NBA TV analysts went so far as to speculate the Greek Freak tanked the draft so he could win MVP.

Sure, James took the likely top free agent in this year’s offseason in Durant, but he also probably took the top player in the draft in Durant. As the Golden State Warriors star put it succinctly, “What else is he supposed to do?” The same goes for the Davis pick. You don’t need an ulterior motive to value Anthony Davis over the other All-Star reserves.

For all the tampering talk, it important we remember that this is LeBron James. If he wanted to talk to a prospective Laker, he could find an easier and a lot less public way than drafting them for the NBA All-Star game. Davis in particular would be quite easy as they share the same agent.

If anything, James’ team was probably less about tampering and more of a joke about tampering. But most importantly, it’s hard to argue it’s not a really good All-Star roster.

SHOULD MOHAMMED SALAH MOVE FROM LIVERPOOL TO JUVENTUS IN THE SUMMER?